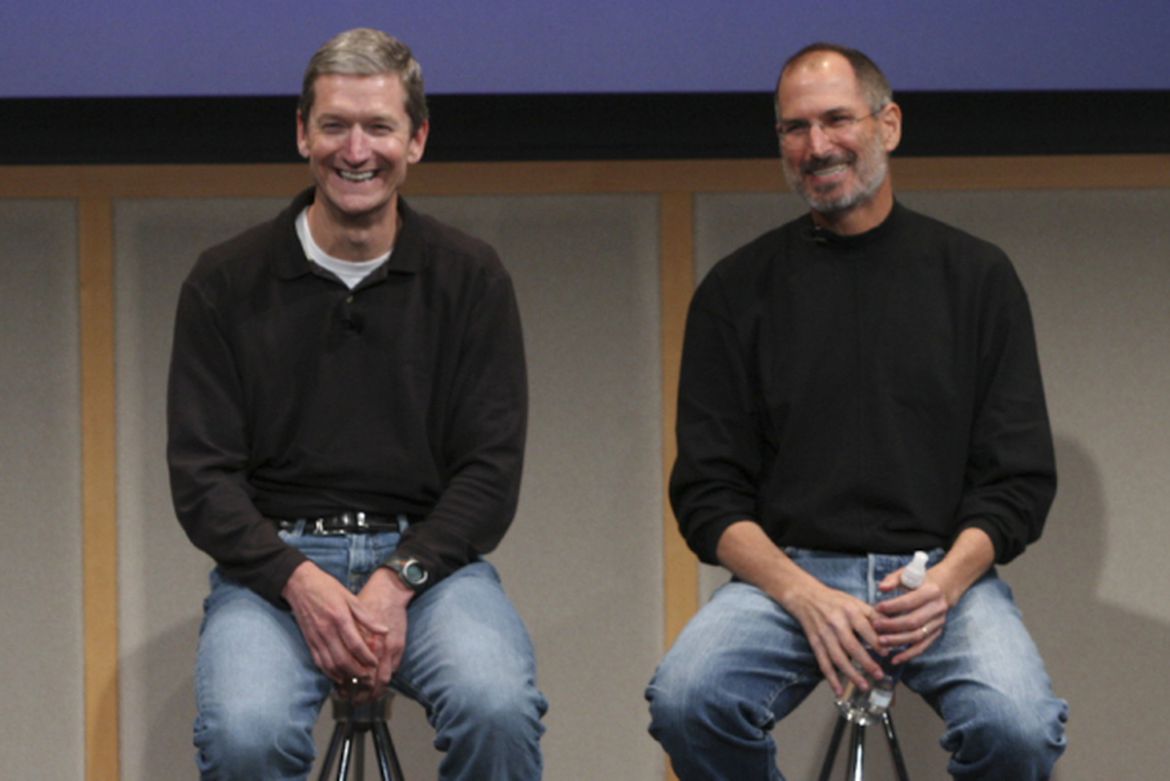 The new master of the mea culpa.

Apple and “apologize” don’t usually fall in the same sentence. In fact, Apple instructs its retail employees to avoid acts of contrition as a matter of principle. “Do not apologize for the business [or] the technology,” its Genius manual commands.

Following this playbook, when faced with the debacle that is Mapplegate, Cupertino’s flacks first tried spin. “We launched this new map service knowing it is a major initiative and that we are just getting started with it,” a spokeswoman told AllThingsD. But the brush-off backfired, hard. As Gizmodo put it, “The New Apple: It Doesn’t Just Work.”

Realizing that the story wasn’t dying down, the time came for the CEO to step up. Tim Cook needed to communicate two things — an apology, and a promise to do better — both of which he did with aplomb.

Indeed, his open letter is brilliant and beautiful. Apple has done apologies before, but Cook is carrying Cupertino into waters where Steve Jobs hesitated to swim: candor, contrition, and competition. That is, he acknowledges the problem upfront and doesn’t make excuses. He apologizes directly and without resorting to qualification. And he takes the unprecedented step to name and promote competitors — not one, not two, but four of them.

This last point is especially newsworthy in that in order to improve, Apple Maps needs people to use it and submit feedback — which they can’t do if they’re availing themselves of Google Maps, Bing, Waze, or MapQuest. Even more stunning: Apple has gone one step further and created a featured section in its app store for competing third-party maps. Wow!

These are actions born of both hubris and humility. Hubris because Apple is so confident it can best the competitors, it doesn’t mind giving them a leg up on its own turf. And humility because it’s admitting that its own product is inferior. Rare is the corporate executive who can triangulate so shrewdly. While Apple is buying off its competitors, who always appreciate free press, it’s buying the goodwill of its customers, who always appreciate forthrightness.

Is this enough to stem the PR problem? Yes. Apple customers are savvy and forgiving. They realize that mapping the world is long-term drudgery, and as we saw with Siri and Lightning, neither half-baked products nor gouging will dampen their fervor.

Do these actions represent a kindler, humbler Apple? Yes.

The differences between Tim Cook’s apology and those from his predecessor speak volumes about the two men personally and as leaders. From a PR perspective, Cook’s approach is more conventional and more effective: it’s better to apologize than to rationalize. Indeed, Jobs’s style — full of qualifications, hubris, and minutiae — is an example of how not to say “Sorry.” Aggrieved parties want contrition and solutions, not justifications and explanations.

Jobs could get away with this because he was Steve Jobs. By contrast, most CEOs would be well advised not to get into the weeds, but to rip the Band-Aid off upfront. Leave the details for the media to report. An executive’s job is to speak in broad themes, not get bogged down in details about who is and who isn’t eligible for a rebate. Ironically, Steve Jobs ignored his own mantra: that simplicity is the ultimate sophistication.

The reasons for these disparities are instructive. Steve Jobs was an artist first and a businessman second. He loved to spar, to extol the beauty of Apple products and trash his competitors for “having no taste.” He saw crises as teachable moments — for customers. To apologize meant conceding defeat.

By contrast, Tim Cook is a businessman through and through. He’s a numbers guy — pragmatic, not philosophical. He’s low-key, clear-eyed, and straight-laced. He may not thrill you, but he won’t infuriate you. He just wants to put his head down, kill the crisis, and get back to work.

Put another way, Cook doesn’t share Jobs’s self-righteousness, allowing him to see the value of a mea culpa. Unlike his predecessor, he’s not burdened by the creator’s compulsion to lecture.

Indeed, Steve Jobs was combative and defensive because so much of his life — his very identity — was tied up with Apple. To criticize Apple was to criticize him, and he reacted as we all do when insulted: he took it personally. No doubt, he didn’t heed the advice of his PR people — he was Apple’s PR department.

That may work for a larger-than-life figure like Steve Jobs, but for other executives, the corporate apology must follow the three “C”s: it must be clear, it must be concise, and it must be candid. Perhaps Mark Twain, that fierce foe of PR speak, put it best: “When in doubt, tell the truth: You’ll confound your enemies and astound your friends.”

A version of this blog post appeared in Fast Company on October 2, 2012.