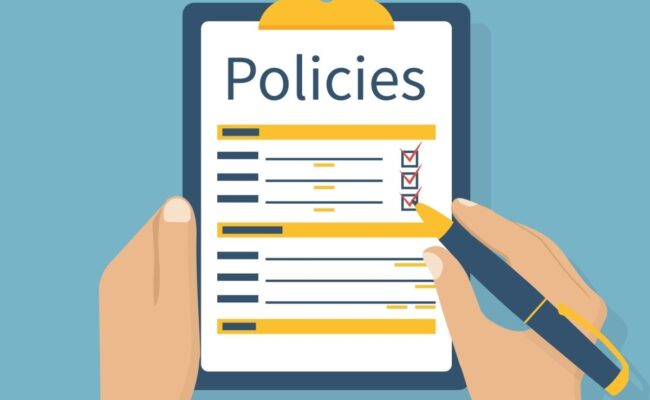 Indeed, half my job consists of counseling clients on what’s possible and what’s not. In that spirit, I’ve written a six-part checklist for those considering a plunge down the rabbit hole.

If this sounds offensive, you’re right: Wikipedia’s requirements are exacting, especially for living people. For example, you can’t lean on your blue check mark on Instagram or a page in IMDb or Crunchbase. Nor can you leverage the loftiness of your client list or endorsements by celebrities. Those credentials are impressive, but the Powers That Be have decided they’re “unreliable.”

What you need — Wikipedia’s benchmark — is media coverage that meets a series of painstaking criteria.

Criterion #1: The Coverage Must Come From a Media Outlet

The coverage you cite should come from the news media. That rules out marketing material such as a news release, your website, or even your bio from a speaker’s bureau. What you want is coverage in newspapers, magazines, and books — this is Wikipedia’s strike zone.

What about other media, like television, radio, and podcasts? While these platforms are certainly part of the media ecosystem, their coverage often takes the form of a Q&A. That fails criterion #2 — the content must be independent from the subject. (More on this later.)

Does this mean that all broadcast hits are banned? No. For example, this 13-minute segment on Michael Phelps from 60 Minutes features significant reportage beyond the interview.

What about blogs and e-newsletters? While these platforms can be prestigious, typically, they aren’t prestigious enough. That fails criterion #3 — the news outlet must be notable.

Finally, what about articles that appear in a news outlet but which aren’t actually news? Yes, this is a thing. For example, there’s the Inc. 5,000, an annual ranking of the fastest-growing private companies in the U.S., as well as those corporate “profile” pages hosted by outlets such as Bloomberg and the Wall Street Journal.

Criterion #2: Both the Outlet and the Content Must Be Independent

The media outlet should be completely independent from you. This stipulation rules out anything you publish yourself. (Sorry, Kindle Direct Publishing authors.)

It also precludes a variety of content you might think is perfectly kosher. For example, I used to volunteer for the Washington, D.C., chapter of the American Marketing Association. In return, they featured me in an article that appeared on their website. Arm’s length, this is not.

Here’s another common scenario: Let’s say you work at, or are a member of, the U.S. Chamber of Commerce. During your association, you’re featured on FreeEnterprise.com. Unfortunately, you can’t use that source, since this site is funded by the Chamber.

Nor can the article be “sponsored.” That’s a fancy term for an “advertorial,” whereby you pay a publisher to run an article that looks like it was written by them but was actually financed and approved by you, the sponsor.

Even though many mainstream outlets have availed themselves of this lucrative revenue stream, the resulting content is not held to the same standards as articles from the newsroom. (Just ask the Atlantic, which was famously forced to rescind its puff piece on Scientology, or Forbes, whose contributor network was used by Jeffrey Epstein to whitewash his reputation. For more on Forbes, see “An Incomplete History of Forbes.com As a Platform for Scams, Grift, and Bad Journalism.”)

Finally, as mentioned earlier, the content ​can’t be an interview — specifically, a question followed by an answer. That’s because the Q&A structure is so wide-ranging and open-ended that an interviewee is effectively given free rein.

Is a blanket ban on interviews fair? Here’s the view from Mount Wikipedia: In the course of being interviewed, let’s say I boast that my company employs 600 people. This claim is rarely, if ever, questioned; instead, it’s printed verbatim.

By contrast, in a reported article, my declaration would be inspected by the reporter and his editor. Are the 600 folks all full-time employees, or does this tally include part-timers and subcontractors? Can I produce 600 W-2s?

If the answers are “no,” then a reliable publication would treat my statement skeptically: By saying the number couldn’t be verified “independently” or attributing it to me rather than stating it as fact. As the reporter’s credo reminds us, “If you mom says she loves you, check it out.”

Of course, Wikipedia being Wikipedia, this caveat comes with a caveat: Some Q&As — like those from Isaac Chotiner of the New Yorker — include an introductory paragraph or two. That text, written by the reporter rather than spoken by the subject, is fair game.

Criterion #3: The Outlet Must Be Notable

The outlet should itself be notable. So, a local or trade publication (think: A.R.L.now or P.R. Daily) is less helpful than a regional or national one (think: the Star Ledger or C.N.N.).

I know what you’re thinking: No trade publications?! Trades are arbiters of the given trade; nobody knows you better than your peers.

Yet that’s exactly the point: What you consider to be a barometer, Wikipedia considers to be a border. To wit: To be notable, your media coverage must transcend your industry.

Put another way: The outlet should be part of what’s known as the mainstream media.

What counts as “mainstream”? ​​​Here’s the official definition​:​ An outlet should have a “reputation for fact-checking and accuracy … In general, the more people engaged in checking facts, analyzing legal issues, and scrutinizing the writing, the more reliable the publication.”

Wikipedia then points to specific checks and balances: To be part of the mainstream media, an outlet needs to employ editors, ​​disclose conflicts of interest​​, and ​issue corrections​ ​when it makes a mistake.

Yet the devil’s in the masthead.

Consider the well-known website Medium. On one hand, much of the material here is self-published, which means it fails criterion #2 (independence). On the other hand, sections of Medium, like OneZero, operate with full-time editors and reporters.

To wit: While you can cite onezero.medium.com, you can’t cite medium.com.

Criterion #4: The Coverage Must Focus on You

You need coverage that profiles you, rather than merely mentioning you. In other words: Being cited or even quoted a few times in an article is not particularly helpful. Being quoted extensively is better, but still not a deal maker. What you’re looking for are full-fledged profiles where you’re the focus.

Criterion #5: The Coverage Must Be Available Online

Once you identify coverage that meets the foregoing criteria, then you need to track down the original link. Put simply, if a document doesn’t appear online, you can’t cite it. This is part of Wikipedia’s ban on original research; every claim you make must be meticulously footnoted, so that others can access and verify it firsthand.

Criterion #6: Your Coverage Must Be Sustained

Finally, you need to demonstrate that your media coverage isn’t only significant; it’s also sustained. For example, if all your clips come from the past few months, then you’re in danger of violating Wikipedia’s aversion to recentism.

The same principle applies if your clips mostly focus on the fact that you’re married to a celebrity. In that case, Wikipedia probably considers you to be “notable for only one event.” With apologies to Andy Warhol, 15 minutes of fame does not make you Wikipedia-worthy.

Stephen Harrison, who covers Wikipedia for Slate, puts the point this way: “Wikipedia’s stated goal is to be an encyclopedia, not a newspaper, which generally means the project should focus on the information that will be historically significant for the long term.”

At this point, you’re no doubt thinking: Wikipedia is a royal pain. Again, you’re right. So let me explain the reasoning behind these rules.

To be covered in the media, you must convince a reporter that you’re important or interesting. What’s more, your words aren’t just printed verbatim; they’re subjected to a review process that, traditionally, includes editors, lawyers, and fact checkers.

All three functions have their roles: Editors vet both the quality of your work and conflicts of interest; lawyers look for libel; and fact checkers scrutinize your claims. By Wikipedia’s lights, the latter are especially important; as a copyeditor for the New York Times recently observed, “Doctors bury their mistakes. Lawyers lock theirs away. But reporters print theirs for the whole world to see.”

While media coverage may be a flawed form of validation, it’s the least flawed one we have. Indeed, Wikipedia worthiness has proven to be such an equitable benchmark that social-media companies may soon rely on it to decide if a user warrants one of those coveted verification badges.

Whenever a prospective client contacts me, my first ask is for half a dozen links that satisfy the above criteria. (While six isn’t a magic number, it’s a good test of notability.) In my initial analysis, I consider everything from the independent of the publication (#2) to its prominence (#3), from the focus of each article (#4) to its date (#6).

Yet if you struggle to round up enough material, don’t despair. In certain cases, you can supplement your lack of notability with alternative forms of coverage. Here are a few examples:

The bottom line: The “notability” threshold doesn’t specify that you need X articles over Y years. Instead, notability is assessed in light of your media coverage holistically. Editors consider everything from duration to depth to diversity. In short, like most things in life, notability is a judgment call.

Ignorance Is No Excuse

Wikipedia is a maze of policies and guidelines. (Yes, those are two separate things.) These rules can be opaque, unforgiving, and even contradictory. (One of Wikipedia’s “five pillars” is, “Wikipedia has no firm rules.”)

From one perspective, these walls safeguard the encyclopedia’s integrity and are a big reason the site ranks so highly in Google. From another perspective, Wikipedia’s reputation for being inhospitable to the uninitiated is well-deserved; there are so many dos and don’ts that it’s easy for a neophyte to unwittingly commit a cardinal sin.

Want to avoid that fate? Then, as with anything technical, make sure you read the manual. Just as the cop who stopped you doesn’t care that you swear you didn’t see the “Stop” sign, so Wikipedia editors don’t care that you were “only” doing what you saw on another page.

Wikipedians have heard that rationalization before, and they don’t look kindly on violations. Ignorance of the wiki way is no excuse. And now you won’t need one.

The 6 Rules of Wikipedia Sourcing
1. Is the source a media outlet?
2. Does the outlet have an arms-length relationship to you?
3. Is the outlet high-profile?
4. Are you the focus of the article?
5. Is there a link?
6. Are your links spread out over several years?

A version of the above article appeared in the Content Marketing Institute blog on February 4, 2021. It has been updated since.