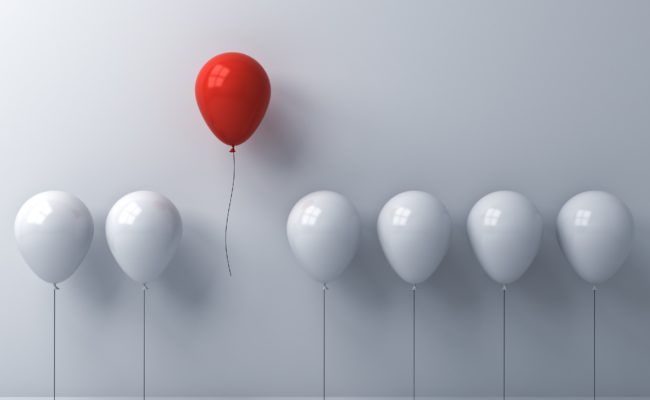 One tiny tweak can make a big difference.

Whenever I deliver my workshop on LinkedIn, I always encounter pushback on the same point: How to write your headline on the social network.

What’s a LinkedIn headline? It’s the line directly under your name — on your individual profile page, in the sidebar of people similar to you, and in search results. After your name and headshot, it’s the thing that people view most.

Yet most people fail to exploit this opportunity. Instead, they fall back on LinkedIn’s default settings, which copy and paste your job title and employer into this critical field.

Similarly, while the word “president” may be impressive, it tells you nothing about what I actually do or what I can do for you. Indeed, much as I’d love to flatter myself, it’s unlikely that a prospective client would see the headline, “JRG President,” and instantly think, “This guy can solve all my digital-marketing needs!”

The same problems extend to my previous jobs. Here are a couple: “Senior Strategist at Rock Creek Strategic Marketing,” and “Senior Consultant at Booz Allen Hamilton.” I’ll grant that you may have heard of Booz Allen, but I’m fairly certain that you’re clueless as to what a “senior consultant” is. Too often, the defaults default on clarity.

How can these gaps be bridged? Simple: By customizing your headline.

Instead of meekly recording your title and company, try following the tried-and-true strategy of describing what you do and who you help. As writer Alaura Weaver advises, “Let people know how they’ll benefit from working with you.” This is your elevator pitch in 120 characters.

Here are a few examples:

✔ Whatever the subject, I’ll make your message UBER: Understood, Believed, Enjoyed, and Remembered.

Earlier, I said that some folks rebel at the idea of a personalized headline. Let’s review their four strongest objections.

1. “Most People Don’t Customize Their Headline”

2. “A Custom Headline Typically Means the Headliner Is Unemployed”

Again, true. There are people aplenty who bill themselves as consultants when they’re really just wannabees. An image I recently saw on Twitter captures the point poetically (I’ve recreated it here): 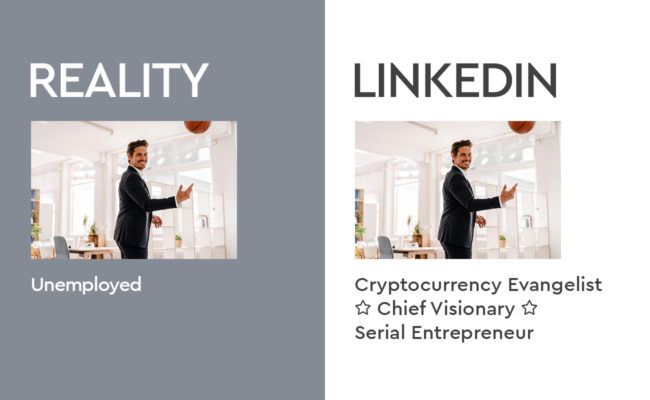 Yet just because someone who’s between gigs uses coupons doesn’t mean those of us who are gainfully employed should shun these money-savers. Let’s not let these self-proclaimed influencers/evangelists/whisperers ruin a good thing.

Moreover, puffery tends to dissolve upon impact: Spend a few seconds scrolling through someone’s profile, and it’ll be clear whether he’s got the goods, or is a hyperbolizing pontificator.

Speaking of hyperbole, here’s the third counterargument: A custom headline may be a good idea in theory, but the way people use it in practice is off-putting. In short, these made-up banners are too flowery or pretentious — and often both.

I sympathize with this viewpoint. At the same time, there’s no reason your custom headline has to be unctuous. Indeed, I’ve long railed against what I call the “laundry listers” (who can’t decide who they are, so they throw in everything) and the “keyword stuffers” (who use jargon instead of English to seduce the algorithms).

Reacting to such affectations, some people opt for a straightforward headline. A few examples:

✔ Public-Policy Advocate for the Greater Protection of Our Civil Liberties

✔ CPA, With 20 Years of Experience, Specializing in Real Estate

To me, these lines sound far more intriguing and substantive than their paint-by-the-numbers, fill-in-the-blank counterparts — “Research Associate at the Institute for Justice” (#1) or “Accountant at Wellesley Pinker” (#3).

Finally, we arrive at the last objection, which is perhaps the most passionately felt. If the first thing someone learns about me is that that I work at, say, the White House, he’s more likely to peruse my profile than if he sees I work at the White Group.

What’s more, it takes talent to land at a prestigious place. If I spend my days at, say, Goldman Sachs or Google, I shouldn’t obscure this accomplishment; I should promote it.

There are two issues here — one technical and one philosophical. Both revolve around prioritization.

First, a custom headline doesn’t replace your title and company. The latter are still very much part of your profile, where they form the top of your “experience” section. They’re just now not the first thing people see.

That’s a shame. You’re a professional, right? So instead of yoking yourself to your employer, cultivate your own identify, your own brand. Recognize that your worth doesn’t require external validation. Don’t let your business card bound you.

It’s wonderful to say, “I went to Harvard.” Be proud of it. But don’t let it define you.

Jonathan Rick is the president of the Jonathan Rick Group, a consultancy that helps people overhaul and optimize their LinkedIn profile. Follow him on Twitter at @jrick, where he writes about the newest tricks and trends in professional branding.

A version of the above article appeared in Fast Company on October 21, 2018.