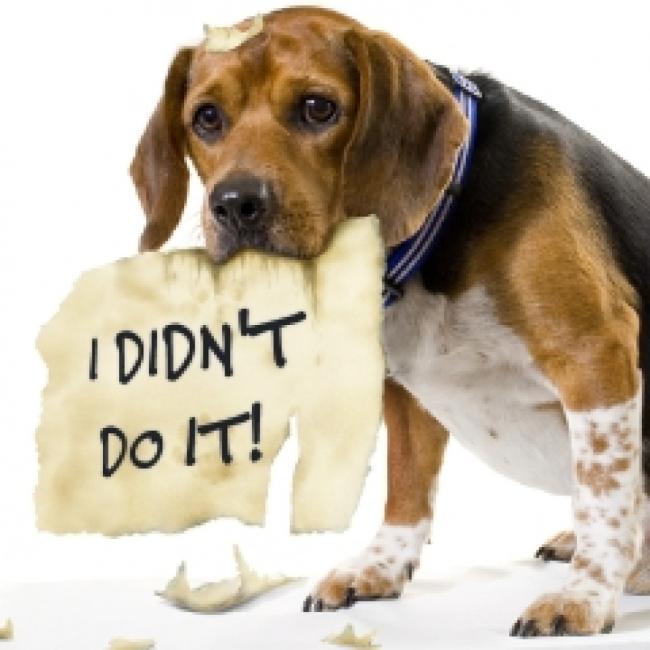 “The dog ate my homework.”

Even though this famous excuse is rarely used, what it symbolizes is all-too-familiar: an aversion to admit accountability. What’s more, this urge to excuse one’s blunders rather than shoulder them betrays a bigger issue: a lack of character.

Let’s be honest: no wants to entertain excuses—even perfectly good ones. We value friends who are reliable, we promote employees who are consistent, we love spouses because when they wrong us, they rectify it. Not for nothing did the sign on Harry Truman’s desk proclaim, “The buck stops here!”

To be sure, emergencies arise. We all screw up from time to time. Yet it’s how you rectify things that counts, that makes you who you are.

For example, did your car break down? Do what my realtor did when this happened to him while house-hunting with a client: call a cab. “The show must go on,” Morgan explained. No excuses.

How about this well-worn crutch? “I was stuck in traffic… And parking was even worse.” Anyone who’s ever sat behind a steering wheel has bumped into these predicaments. That you didn’t prepare for them indicates a preference to make others wait rather than make yourself early. No excuses.

Here’s my favorite refrain: “I’ve been busy.” Nope. We make time for what’s important to us. Why not just say you dropped the ball and apologize? And then make up for it. No excuses.

This no-excuses lifestyle is demanding. It means if you say you’ll do something, don’t make your counterpart follow-up for an ETA. If you agree to call someone at a certain time, don’t make her wait. If a request is ambiguous, don’t foist the monkey back, but assume the burden and propose clarifications.

If you’re nodding, you’ll be gratified to know you’re in good company. At Apple, whenever an executive reached the level of vice president, Steve Jobs would deliver a short sermon. Jobs imagined that the garbage in his office wasn’t being emptied, and when he asked the janitor why, the janitor shrugged. The locks were changed, and the janitor didn’t have a key.

This is understandable coming from someone who empties trash bins for a living. As Jobs put it, “When you’re the janitor, reasons matter.” But when you’re a VP, he continued, “reasons stop mattering.”

What matters, I would add, are commitments.

Think of this next time you next you find yourself in a hole. Will you dig out with an alibi or with accountability? The choice is yours.

A version of this blog post appeared on Brazen Life on October 24, 2011.