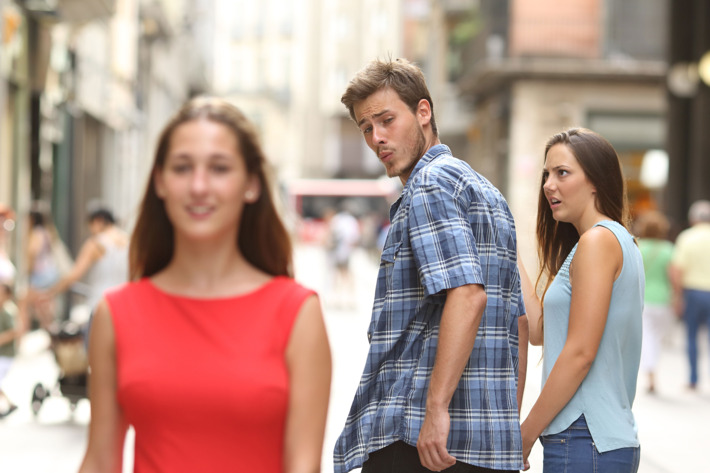 1. You’re Apologizing for a Hypothetical

Consider the first word, “If.” If I feel I was wronged? Whatever incident gave rise to your ifpology isn’t hypothetical. Don’t swaddle yourself in conditional language; either you did something wrong, or you didn’t. If you did, then drop the “if.”

Ditto for the corporate version of this apology — “We apologize for any confusion.” (Thanks, Instagram.) First, ditch the word “any.” There was confusion, and “any” makes it sound like anyone who didn’t intuit your intent is overreacting or underinformed.

Second, ditch the word “confusion.” “Confusion” not only makes it sound like I’m dumb; it also trivializes the issue.

And let’s not forget about the equally abused word “inconvenience,” as in, “We apologize for the inconvenience.” When three venomous spiders cause a library to shut down, that’s not an “inconvenience,” as a University of Michigan spokeswoman put it. “That’s scarier than any midterm exam will ever be,” as theSkimm newsletter clapped back.

Here’s the second deception engendered by the original language: Even if you drop the “if” — thus, “I’m sorry you feel that way” — you’re still apologizing for the way I feel, rather than for the way you made me feel. This is as devious as language gets. It borders on gaslighting.

The problem isn’t that I’m offended; it’s your actions that lit the match.

By contrast, adults take responsibility for their actions; they don’t concoct decoys. Are you an adult? Then act like it. Instead of avoiding accountability, acknowledge it head on.

“I’m the one who screwed up,” wrote the editor of the sci-fi blog io9. “I own this, and it’s on me to fix it,” wrote the chief executive of Mailchimp.

That’s how a pro apologizes.

Beyond semantics, there’s also the matter of substance. While it’s true there’s power in simplicity — “I’m sorry” is direct and short — maybe it’s too short. An apology shouldn’t come grudgingly; it should come full-throatedly, or not at all.

So consider elaborating. A mere adverb will suffice (“I’m profoundly sorry”), as will a semicolon (“I’m sorry; I was wrong”).

Even better: Name what it is you’re apologizing for. (If every husband told his wife, “I’m sorry I was so selfish,” once a week, the divorce rate would plummet.)

Even better: Name what it is you’re apologizing for. Instead of recycling that undying platitude of customer service robot — “We regret the inconvenience” — try identifying the inconvenience.

Indeed, if, once a week, every husband told his wife, “I’m sorry I was so selfish,” the divorce rate would plummet.

And yet, in elaborating, resist the reflex to defend yourself. How many apologies have been undermined by the impulse to add a line like, “It wasn’t intentional”? Or, “What I did was wrong, but those who are attacking me are worse”? Or, worst of all, “We all make mistakes”?

What’s the problem with these bromides? To the speaker, they’re explanations. To the listener, they’re excuses. That’s because they seek not to come clean, but to deflect.

That you didn’t act with malice is a good thing, but let’s be honest — few people make mistakes deliberately. The fact remains, you still did someone harm. My advice: Instead of focusing on intent, focus on impact.

Similarly, that life is bursting with double standards is a fact. It shouldn’t be this way, but it is. Now’s not the time to argue this point. Instead, limit yourself to the precipitating factors, and live to contest the perpetuating ones another day.

Finally, do yourself a favor and never, ever trot out the last cliché of a scoundrel: “We all make mistakes.” This is true, but so what? All mistakes are not equal, and attempts to draw moral equivalence typically succeed only in drawing outrage.

In short, if you find yourself using the word “but,” stop. In a real apology, caveats have no place.

In the passive-aggressive hall of fame, “I’m sorry you feel that way” deserves a lifetime achievement award. Don’t be misled by the word “sorry.” Statements that have the trappings of an apology but bear the telltale marks of insincerity should be met with the response they deserve: Nonacceptance.

Addendum (8/23/2021): Here’s a related point, from Tom Hardin, a financial felon who became an informant and now gives motivational speeches:

“I’ll hear from white-collar felons who tell me, ‘I made a mistake.’ I’ll say, ‘A mistake is something we do without intention. A bad decision was made intentionally.’ If you’re classifying your bad decisions as mistakes, you’re not accepting responsibility.”

“I apologize for any inconvenience.“

The word “any” rubs me the wrong way. It minimizes the problem by suggesting that it was small — if there even was one.

The solution: Replace “any” with “the.” Thus:

“I apologize for the inconvenience.”

Jonathan Rick is the president of the Jonathan Rick Group, a consultancy that counsels executives on corporate communications. Connect with him on LinkedIn.

A version of the above article appeared in the Washington Examiner on July 24, 2021.