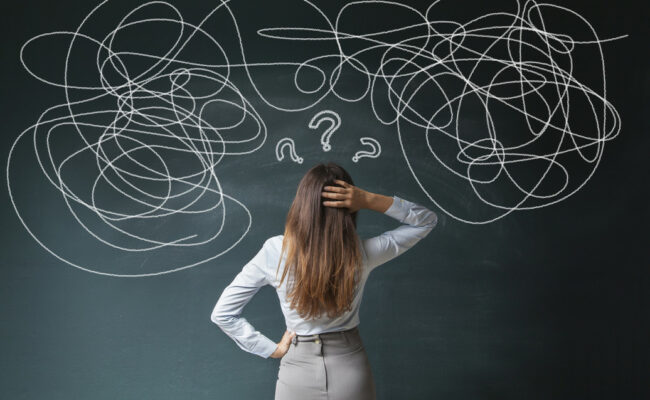 Every writer must also be a businessman. Here’s a simple trick to sharpen your savvy.

Seasoned ghostwriters know a secret: Writing is the easy part. It’s everything else — from researching to revising — which consumes most of our time.

And yet, the one thing that would dramatically reduce our labor is the one thing we’re often reluctant to do. Lest we be perceived as overly inquisitive or insufficiently independent, we hesitate to ask a critical question upfront: “How many people will need to approve this text”?

These nine simple words matter for one simple reason: The more people you need to please, the more your writing will become a game of Whac-a-Mole.

• Suppose two principals give you contradictory edits. How will you be expected to reconcile them?

• What if a Johnny-come-lately makes a request that leads you astray from the agreed-upon vision?

• What if you can’t proceed without hearing back from Elaine, who doesn’t respond to emails?

Now, let’s say your client tells you he wants his COO, CFO, and CMO to weigh in. Your next question should be, “If I get conflicting guidance, would you like me to make an executive decision? If not, who should I ask to arbitrate?”

Here, your question serves a different purpose: It shows that you’ve thought deeply about ghostwriting as a collaborative process. Just by raising the issue, you’re educating your client about details he likely hasn’t considered. And that’s why we consultants are hired: To make our clients smarter.

Another question you may want to broach: “If possible, can someone on your end collect and consolidate all feedback?” Once again, a favorable answer will save you time and money: It’s often more effective and acceptable for a coworker to noodge a tardy colleague, remind him to use Track Changes, and point out that he’s working off an old version, than it is for you, an outsider, to wade into these minefields.

That said, be prepared: Sometimes, the answer will be, “Um, isn’t that why we hired you?” And sometimes actions don’t follow promises. Maybe the CMO prefers Google Docs to Microsoft Word. Maybe the COO prefers to provide feedback via the phone. Maybe the CFO prefers to send you her feedback directly.

Ghostwriting for a committee can be fraught, so the more conditions you can clarify at the outset, the less administrivia you’ll slam into down the road.

One last word of advice: If, during your initial conversations you get the sense that you’ll encounter too many approvers, protect yourself with a powerful tactic: Limit the number of rounds of revisions. In your contract, stipulate that you’ll provide up to N drafts; if your client needs more, it’s going to cost.

That doesn’t make you a jerk. It makes you a businessman.

The bottom line: The longer you delay to ask big questions, the more you undermine your client’s confidence in your competence. You can be flexible later, but you can’t start imposing terms after the fact.