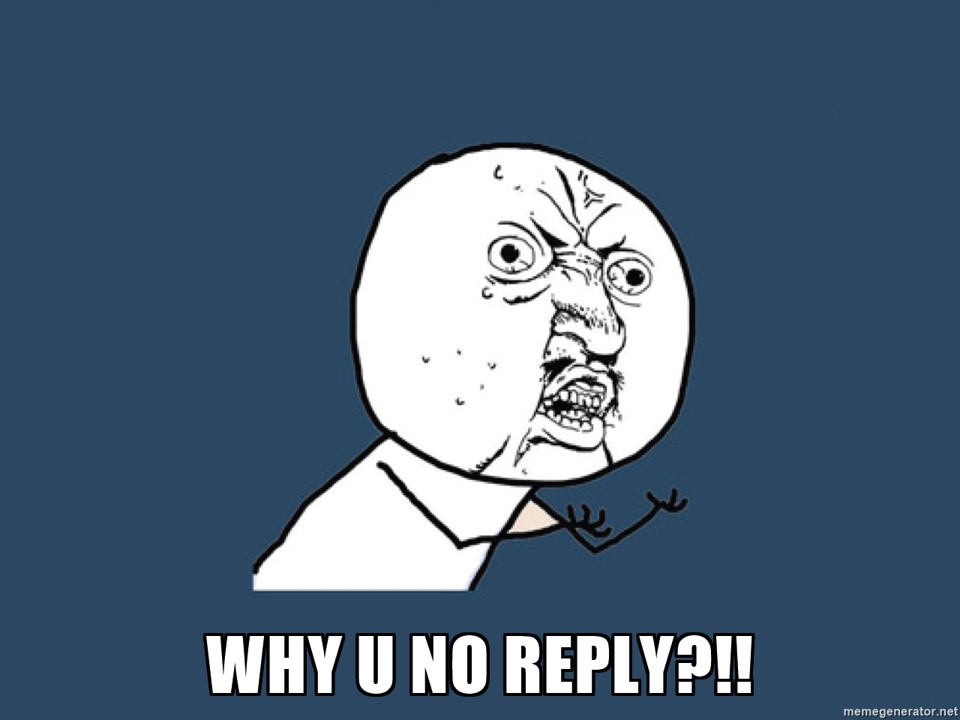 If ever you’ve interviewed for a job you didn’t get, no doubt you’ve bumped into this unpleasant experience.

You interview, you send a follow-up letter—maybe even with some writing samples or references—and then you wait. A week or so goes by, and you check in, yet hear nothing. Another week passes, and your frustration mounts.

If you’re lucky, eventually you receive a form letter that the position has been filled.

Excuse me, but what the fuck?

If two parties take the time to schedule, prepare for, and meet for an interview, doesn’t common courtesy demand acknowledging subsequent communications? Is it that burdensome to respond with boilerplate such as, “We’ll let you know if we decide to move forward”? Straddling someone in limbo is just plain rude.

So what to do? A recruiter might advise you to keep your chin up and plug along. E-mails being ignored? Pick up the phone. Calls going to voice mail? Leave a message with an assistant.

Let me suggest an alternative: If a prospective employer refuses to give you the time of day, then check that company off your list.

Too often, we strain to craft the polite but pointed e-mail. “Just want to make sure you have everything you need?” “Was wondering if I should plan to uncork a champagne bottle this weekend?” “Thought I’d touch base…”

Granted, many job seekers do not enjoy the luxury of being so choosy, especially when the unemployment rate stands at 9.8%. Yet this advice not only serves your self-respect; it’s also practical, grounded in the experience that if a company is interested in you, it will get back to you, usually promptly. When that doesn’t happen, rarely does following-up change minds. Move on.

A version of this blog post appeared on LindsayOlson.com on November 3, 2009.

Addendum (10/1/2014): Jodi Kantor relays this all-too-familiar story from Frank Bruni, now an op-ed columnist for the New York Times: Five years into his career, Bruni recalled while working for the Detroit Free Press, “The Chicago Tribune flew me in, put me through a veritable 12 hours of meetings and interviews and writing tests, and two decades later, I’m still waiting for any word. Maybe I should go check today’s mail. Maybe it finally came.”