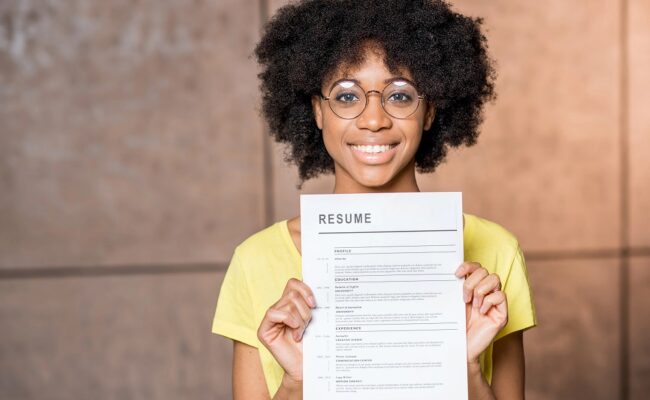 Résumés should show off your skills, not shotgun them.

In writing a résumé, many people include a “skills” section. Here, they cram together “hard” skills, such as programming languages or software, and “soft” skills, such as “conflict resolution” or “adaptability.”

Let me be frank: This is a waste of space. Instead of ticking off vague notions like “Excel” or “Photoshop,” tell your audience how you used these programs. Get specific.

For example: “Created sophisticated pivot tables in Excel to track inventory in real time.” This fleshed-out bullet point clarifies that you’re not “skilled” with spreadsheets the way I’m “skilled” with cooking (reheating pizza is my specialty).

Alas, when I teach résumé writing, my aversion to a “skills” section is the guideline that triggers the stiffest pushback. For various reasons, people cling to this utterly useless info. Here are their five most common arguments, along with rejoinders you may not have considered:

1. “I don’t have enough experience with these skills to turn them into fully fledged bullet points.”

Then they don’t warrant inclusion on your résumé. If something is truly important enough, then it should be easy to give it substance.

For example: If you draw beautifully, why wouldn’t you want to emphasize this talent, rather than dumping it amid a half-dozen other competencies at which you may not be as capable? Citing something at which you’re an expert alongside something for which you’re a beginner dramatically diminishes the former.

Indeed, a résumé presents an idealized version of yourself. That is, it doesn’t furnish every fact and figure, but highlights those that make you look best. Why, then, would you choose to highlight something at which you’re less than stellar?

2. “I’ve used these skills for personal projects rather than professional ones.”

Personal projects are perfectly acceptable on a résumé — especially if you can relate them to the present opportunity. For this reason, some résumé writers create a section called “Personal Projects,” “Freelance Work,” or “Extracurricular Expertise.” (For a skill that’s less developed or less relevant, feel free to cite it in your cover letter.)

3. “Shotgunning a half-dozen skills is more impressive than pinpointing two.”

Not necessarily. For one, some employers want specialists, not generalists. While it’s admirable that you have fund-raised, it may not be immediately apparent how this experience applies to the job at hand.

What’s more, when it comes to résumés, less can be more. The more content you have, the harder it is to know where you excel.

To be sure, the urge to laundry-list your qualifications is powerful; it’s hard to cut from a document as personal as your résumé. Yet as any editor can confirm, sometimes you need to choose rather than compress.

4. “People don’t read résumés. They scan them. And a list is more scannable than bullet points.”

True. But a list that contains a mere word or two per line is terribly imprecise and open-ended. “I see you have the skill of ‘Microsoft Office’ — you’re hired!” said no recruiter ever.

5. “Big companies use applicant tracking systems (ATS) to scan résumés for certain keywords. If I don’t have, say, three mentions of ‘news releases,’ then my application will be DOA. A ‘skills’ section helps to appease the algorithms.”

This is an unfortunate reality of our time. And sometimes you need to do a little keyword stuffing to get past a machine. At the same time, if you have the experience, you should explain and emphasize it, not merely mention it.

Résumés provoke strong opinions. While the rules of the road are generally agreed upon, the specifics often vary. (Ask 10 recruiters if they care that you had a stellar GPA in college, and you’ll get 10 different answers).

But here’s the thing: An entire section of your résumé isn’t small potatoes. Nothing on your résumé is. And in our era of fidget-spinning, Instagram-scrolling distraction, where the human attention span has shrunk to that of a goldfish, anything that doesn’t advance the perception that you’re the perfect person for the position isn’t helping you.

It just shows you can’t prioritize.

Jonathan Rick is the president of the Jonathan Rick Group, a consultancy that helps people perfect their résumés, cover letters, LinkedIn profiles, and elevator pitches. He tweets at @jrick.

A version of the above article appeared in PR Daily on August 13, 2018.