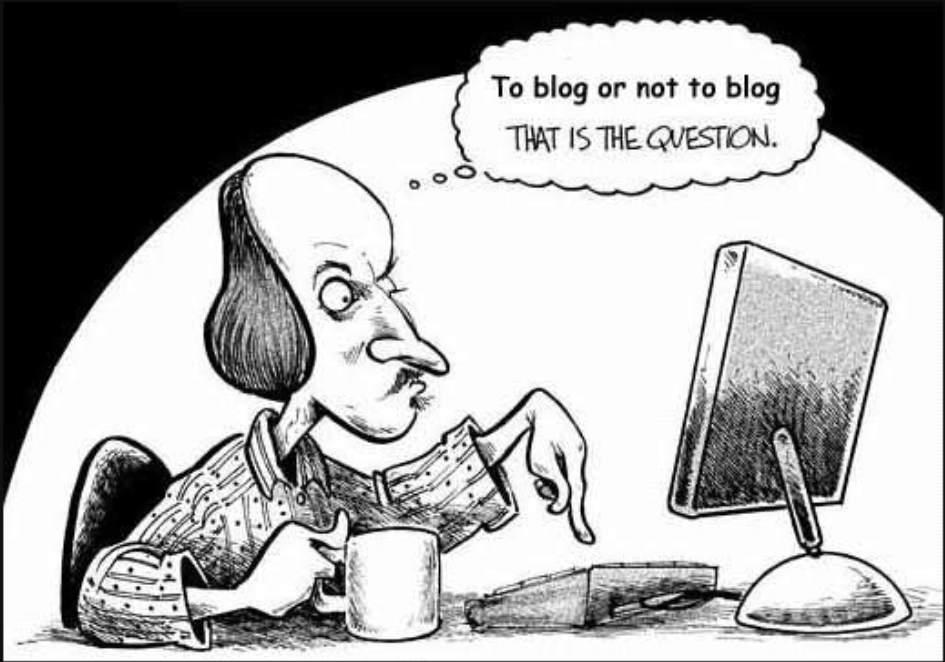 Whether you’re seeking a job or looking to advance your career, using social media to raise your visibility is a must. Yet if you want to stand out—either in a stack of resumes or when your boss needs someone to head up a new project—don’t just do what everyone else is doing. Instead, go beyond the cliché of Facebook, Twitter, and LinkedIn, and write a post for a popular blog.

Is this more time-consuming than sharing a link? Absolutely. Is it more difficult than banging out 140 characters? You bet. Does it seem strange to write for someone else’s blog rather than your own? Certainly.

Yet put the time and effort into crafting a thoughtful piece, and you’ll likely experience a rich range of rewards. At minimum, you’ll demonstrate thought leadership, make a name for yourself, and earn a byline in which you can link to your resume or website. Even better, you could land a promotion, secure a job offer, or generate new business.

For my part, guest-blogging has led to a variety of opportunities. Consider the fruits of my first commentary for Mashable, which was published in August:

Here’s another personal example. A few months before my Mashable debut, I spoke to the American Marketing Association—Washington, DC, about how to win friends and influence bloggers. Afterward, I published my presentation on SlideShare and milked it for three blog posts. The former has been viewed almost 10,000 times, while the latter included my first piece for Tech Cocktail.

(Of course, it helps that I did my own PR, tweeting to people and companies mentioned in the post and presentation and blasting the links to everyone in my address book.)

Jen Moire, a PR pro in St. Louis, has pursued a similar path (though instead of opining, she reports). In the spring, she wrote her first article for All Facebook. Today, she’s a regular contributor, with all the benefits this brings: more Twitter followers, more traffic to her website, new contacts, and a rep as an insider that boosts her business.

The marketing firm, Eloqua, offers another case study. Over the past year, Eloqua has risen to prominence in the social media space on the strength of its community offerings. Recently, the firm detailed the success of an infographic it released called the Blog Tree:

Elaborating on this last bullet, Joe Chernov, who oversaw the project, tells me that these intros later blossomed into partnerships, whereby the bloggers contributed to Eloqua’s e-books (both its Grande Guides and its Social Media ProBook).

“Dana Canedy [an editor at the New York Times] was engaged to Army First Sergeant Charles Monroe King. Their son, Jordan, was born in 2006—when King was in Iraq—and he started writing a journal addressed to Jordan, offering life advice in case he didn’t come back. In October, just a month before King was to return home, he was killed by an improvised explosive device. At the end of the year, the Times planned a series of short profiles of soldiers killed in Iraq, and Canedy volunteered to write about King. . . .

“The story, ‘From Father to Son, Last Words to Live By,’ appeared on page one of the Times on January 1, 2007. Canedy wrote about King’s lessons: how to behave on a date and how to treat people who are different. She movingly described how ‘as a black man he sometimes felt the sting of discrimination,’ yet ‘betrayed no bitterness.’ Readers flooded the paper with letters and e-mails. Organizations invited her to speak. Publishers vied to give her a book contract. Denzel Washington optioned the movie rights.

So whether you’re penning an op-ed or delivering a speech, reporting the news or developing an infographic, guest blogging can open up unexpected doors. Now it’s up to you to start knocking on them.

A version of this blog post appeared on Brazen Life on November 8, 2011.