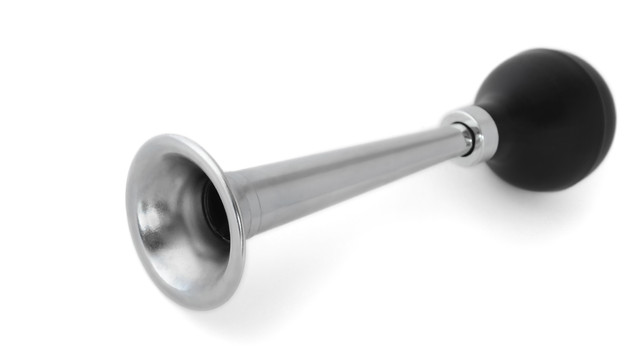 Let others sing your praises.

After college, I did what most liberal arts grads do when they come to Washington: I interned at a think tank. As I subsequently embarked on my career, I shied away from the word “intern,” a moniker that I felt would betray my lack of experience. Instead, my bio and LinkedIn profile said I “did media relations” for the Cato Institute.

This was true: I edited op-eds from Cato’s scholars and pitched them to the media; I just didn’t volunteer my job title. I’d argue that this sin of omission is the benign kind of biographical betterment.

On the other side of the ledger lies the sin of commission. For example, I recently attended a social media panel where one speaker dubbed himself a “marketing powerhouse” who “delivers remarkable outcomes for each client.” Another speaker wrote that he “specializes in” online relationship management, blogger engagement, Internet crisis response, content syndication, online collaboration, blogging, and consumer-generated media. (These descriptions come verbatim from the program brochure.)

But just as those who are superrich or went to Harvard don’t need to advertise these qualifications, so those who succeed in business don’t go around calling themselves “powerhouses.” Likewise, if you specialize in everything, you don’t specialize in anything.

To be sure, the problem isn’t with boasting. It’s with who’s doing the boasting. Boasting is best when validated by a third party. Otherwise, you’re just another self-proclaimed guru in a field that’s long on salesmanship and short on specifics.

By contrast, consider how three of the genuine giants in the social media space describe themselves. Here’s Jeremiah Owyang, a partner at the Altimeter Group, a research consultancy:

“Jeremiah Owyang is an Industry Analyst on Customer Strategy … As author of the blog Web Strategy (rated by Edelman as top analyst blog since 2008), he focuses on how corporations connect with their customers using web technologies … He has been frequently quoted in the Wall Street Journal, the New York Times, and USA Today, and he is a frequent keynote speaker at business and technology conferences around the world.”

Presumably, Mr. Powerhouse, Mr. Specialist, and Mr. Owyang each wrote his own bio. But whereas the former are characterized by pontification and puffery, the latter is bathed in humility. Owyang remains admirably understated, relying on nouns shorn of their adjectival adornment. His area of expertise is concise and circumscribed, and his credentials are corroborated.

“Named one of the top five female executives in the technology industry by Fast Company, Leslie has been described as the ‘operational energy’ behind JESS3’s explosive growth and international success. Beyond that, the Wall Street Journal has recognized Leslie not only as a Top Woman in Tech Under 30 but also the ‘brains’ driving the company forward. Since joining in 2006, she has grown the company’s revenues over 4,000% and built a transnational operations system to coordinate across five physical offices, 30 full time employees and hundreds of contractors worldwide.”

Is Leslie a “powerhouse”? No doubt about it. But notice how she lets her resume speak for itself. She doesn’t mine the thesaurus for empty superlatives. Instead, she lets quotes and stats testify to her worth.

“As a leader in digital politics over the last decade, Ruffini … has helped elect a President, changed the direction of powerful institutions, and resulted in millions of signups, tens of millions of dollars raised, and thousands of blog and media mentions. . . . Ruffini’s entrepreneurial focus was recognized by Washingtonian Magazine when it named him to its list of Tech Titans for 2011. He was named a Rising Star in American politics by Campaigns and Elections magazine in 2008, and a profile in the Atlantic concluded that Ruffini ‘looks poised to become of the most influential Republican political strategists of his generation.’”

Here again, we see that the expert lets others do the boasting for him. And instead of reaching for grand declarations, Ruffini refers to concrete accomplishments and accolades.

So what do Owyang, Bradshaw, and Ruffini have in common? They restrain the hyperbole, cite high-authority sources, and claim expertise in a limited realm.

Of course, sometimes statistics only tell part of the story. Sometimes you want to know about someone’s personality — not necessarily that’s she married with two children and a golden retriever, but as Cato’s Executive Vice President (EVP), David Boaz, was once described, that he oversees everything from the organization’s reputation to its interns — “and if the grass outside Cato’s front door is getting too long, he takes care of that, too.”

In this light, consider the technique employed by PR agency Hager Sharp. Instead of asking each employee to pen his own bio, the firm tasked others with writing about their colleagues. This leads to descriptions that convey accomplishment without arrogance, modesty with milestones.

“She has a quick smile, an impressive bag of tricks, and endless patience. She stays calm and composed, even when the pressure is on or a deadline is looming. In short, she’s the person we count on to prevent — or solve — nearly any problem.”

“Debra is the leader you want around when the pressure is on. A strategist who works best under the gun, she has a keen eye toward the big picture and an unflappable quality that guarantees success. Never one to take herself too seriously, you [sic] can always count on Debra to lighten the mood and make a tense situation much more enjoyable.”

So how should you write your bio? On one hand, no one knows you better than you. On the other hand, even if you’re an egotist, writing about yourself presents a dilemma: how do you balance the need for objectivity with the temptation to hyperbolize?

If, say, your niche is nonprofits, you might prefer a Hager-esque emphasis on who you are. If you’re chasing the Fortune 100, you probably want to focus on what you’ve done — for example, by citing your victories in the Court of Public Opinion.

The tendency to see ourselves as a little thinner, a little taller, a little smarter, is perfectly natural. But the way you’re described professionally is too important to be left entirely to your own keyboard.

And for God’s sake, never, ever refer to yourself as a “powerhouse.” (Unless you’re Muhammad Ali.)

Let me know what you think of my bio by tweeting to me at @jrick.

A version of this blog post appeared in Fast Company on March 20, 2013.

Addendum (8/19/2013): Another unfortunate example (emphasis mine): “Lisa Calhoun is the CEO of Write2Market, an industry leadership consultancy that changes the world by helping tech and energy companies gain the reputations they deserve.”