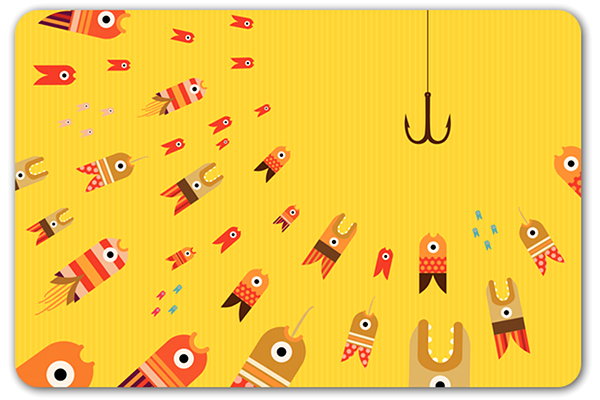 “Upworthy is the worst site on the Internet.” So says Bob Powers of HappyPlace.

Jack Flanagan of the Daily Beast concurs: “Sites like Upworthy cater to the basest and most recklessly childish of human instincts.”

PandoDaily’s Hamish McKenzie rounds out the contempt: “The hammer of [Upworthy’s] unrelenting moralism starts to feel not so much as if it is breaking barriers as it is cracking your skull.”

Absent the rancor, their collective contention boils down to this: websites like Upworthy are the modern-day heirs to the disgraced practice of yellow journalism. If, say, the Podunk Herald wanted to prostitute itself to page views, it too could make things go viral.

Fair point — but for this stubborn fact: making anything go viral is extraordinarily difficult. “I think 0.5% of everything we do goes beyond one million views,” comments Upworthy’s curator in chief, Adam Mordecai. Asks BuzzFeed CEO, Jonah Peretti, “Could you make a list of cute animals that gets five million views?”

Touché. Refinery29’s Lexi Nisita tries a more nuanced position. “There is hyperbole and the occasional withholding comment, and then there is the pulling at your bleeding heartstrings with the subtlety of a monster truck.”

Yet the strings Upworthy plucks aren’t all that pliable. As Betabeat’s Ryan Holiday notes, “They are not Gawker, taking aim at obnoxious people; Perez Hilton, knocking celebrities down a peg; or the Huffington Post, attacking politicians on both sides. They are not I Can Haz Cheezburger, making us smile with lolcats and otters. Making a video blow up — especially about hot-button issues like gay marriage or homelessness or racism” — demands both a big brain and a huge heart.

But… but… the way they package the headline is so hyperbolic, critics cry! The crack-cocaine of clickbait! The tabloidization of news! A lasso for cheap attention! Chain letters gone digital!

Upworthy co-founder Eli Pariser has heard these critiques and offers two rebuttals (as paraphrased by the Atlantic’s Derek Thompson): “What special virtue is there in letting great videos, articles, and images fall into the Internet’s abyss simply because nobody thought of the right combination of words to unlock its audience? What’s more, when readers find themselves hating a headline picked by a testing audience and shared by 10 million people, whose tastes are we really objecting to — Upworthy’s or ours?”

So, how can you emulate Upworthy’s explosive success? As much as I extol click bait, here’s its dirty little secret: a click-baitish headline works only it leads to share-baitish content. That is, it’s not the headline that drives virality. It’s the content. An irresistible headline may cause people to click, thus fueling a blaze of initial views, but to turn that flame into a wildfire, your content needs to be irresistibly sharable.

Indeed, you can smear only so much lipstick on a pig. Ultimately, even the most brilliant headline can’t camouflage content that’s crap.

In other words (last metaphor, I promise), even in 2014, content remains king. The difference is that the queen is now the headline. And, as always, the best way to a man’s heart is through his better half.

Addendum (4/19/2014): Here’s a pertinent quote from Eric Harris, BuzzFeed’s business-operations exec: “There are no tricks in social. You can trick someone to click, but you can’t trick them to share.”